When Arifa Akbar discovered that her sister had fallen seriously ill, she assumed there would be a brief spell in hospital and then she’d be home. This was not to be. It was not until the day before she died that the family discovered she was suffering from tuberculosis.

Consumed is a story of sisterhood, grief, the redemptive power of art and the strange mythologies that surround tuberculosis. It takes us from Keats’s deathbed and the tubercular women of opera to the resurgence of TB in modern Britain today. Arifa travels to Rome to haunt the places Keats and her sister had explored, to her grandparents’ house in Pakistan, to her sister’s bedside at the Royal Free Hospital in Hampstead and back to a London of the seventies when her family first arrived, poor, homeless and hungry.

Consumed is an eloquent and moving excavation of a family’s secrets and a sister’s detective story to understand her sibling. 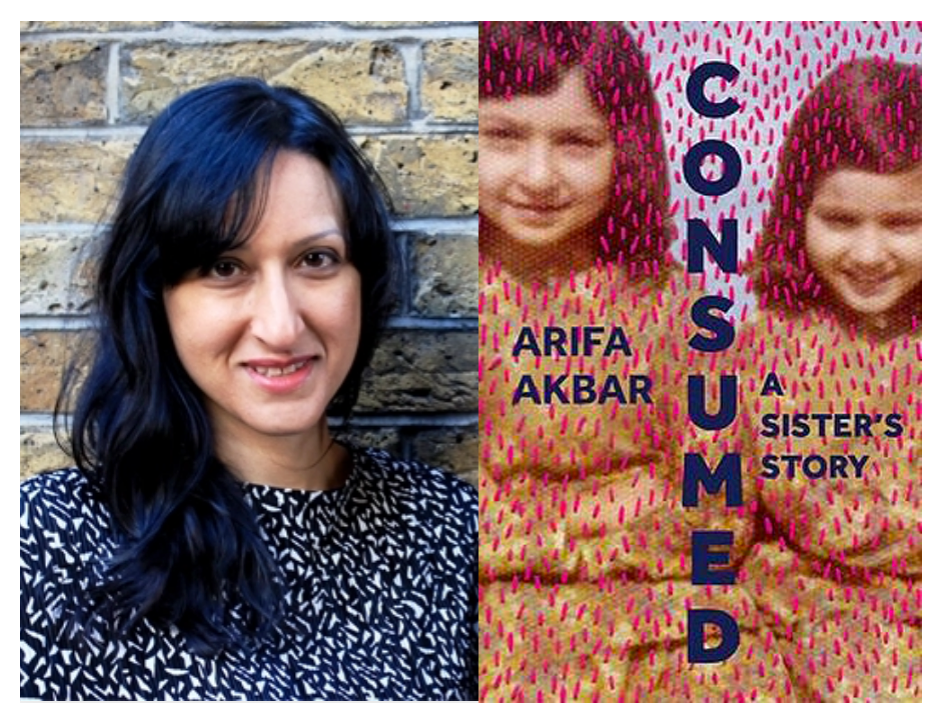 ‘A brilliant book about loss and grief, about art and death, and, more importantly, about family and belonging. The strength of feeling is remarkable, but it’s Arifa Akbar’s writing that lifts it to an even higher plane of achievement.’ – Anthony Quinn, author of Our Friends in Berlin

‘A searing, brilliant, dazzling memoir of sisterhood, mental illness, art and grief. Heartbreaking and beautiful. I can’t recommend it highly enough.’ – Christina Patterson, author of the Art of Not Falling Apart

Arifa Akbar is the Guardian‘s chief theatre critic. A journalist for over twenty years, she is the former literary editor of the Independent, where she also worked as arts correspondent and news reporter. She has previously contributed to the Observer and the Financial Times. She is on the board of trustees for the Orwell Foundation and English PEN. Short pieces of her non-fiction have appeared in several anthologies. Consumed is her first book.

The two-course lunch starting at 12:30pm followed by coffee and mints costs £30. Please book early and inform the club of any dietary requirements.