‘It was a queer, sultry summer, the summer they electrocuted the Rosenbergs…’ begins Sylvia Plath’s novel The Bell Jar.

Seventy years after the Rosenbergs’ trial, New York Times-bestselling author Anne Sebba has re-examined the difficult life and unjust fate of the woman who was falsely accused of spying by her brother, and who stood by her husband until death. Ethel Rosenberg: A Cold War Tragedy (Weidenfeld &Nicolson) tells how, on 19 June 1953, the 37-year-old mother of two small children became the first woman in the US to be executed for a crime other than murder. The deaths of Ethel and her husband Julius defined the Cold War and horrified the world, and her tragic story lays bare a nation deeply divided and reveals what happens when a government motivated by fear tramples on the rights of its citizens.

‘Timely, superbly written and ultimately devastating, this is an American tragedy indeed. I don’t think I’ve ever read a book that has moved me more.’ – Anthony Horowitz

Anne Sebba is one of Britain’s most distinguished biographers. She has written ten works of non-fiction, mostly about influential women, including That Woman, about Wallis Simpson, Duchess of Windsor, Jennie Churchill: Winston’s American Mother, and Les Parisiennes: How the Women of Paris Lived, Loved and Died Under Nazi Occupation.

The two-course lunch starting at 12:30pm followed by coffee and mints costs £32. Please book early and inform the club of any dietary requirements. 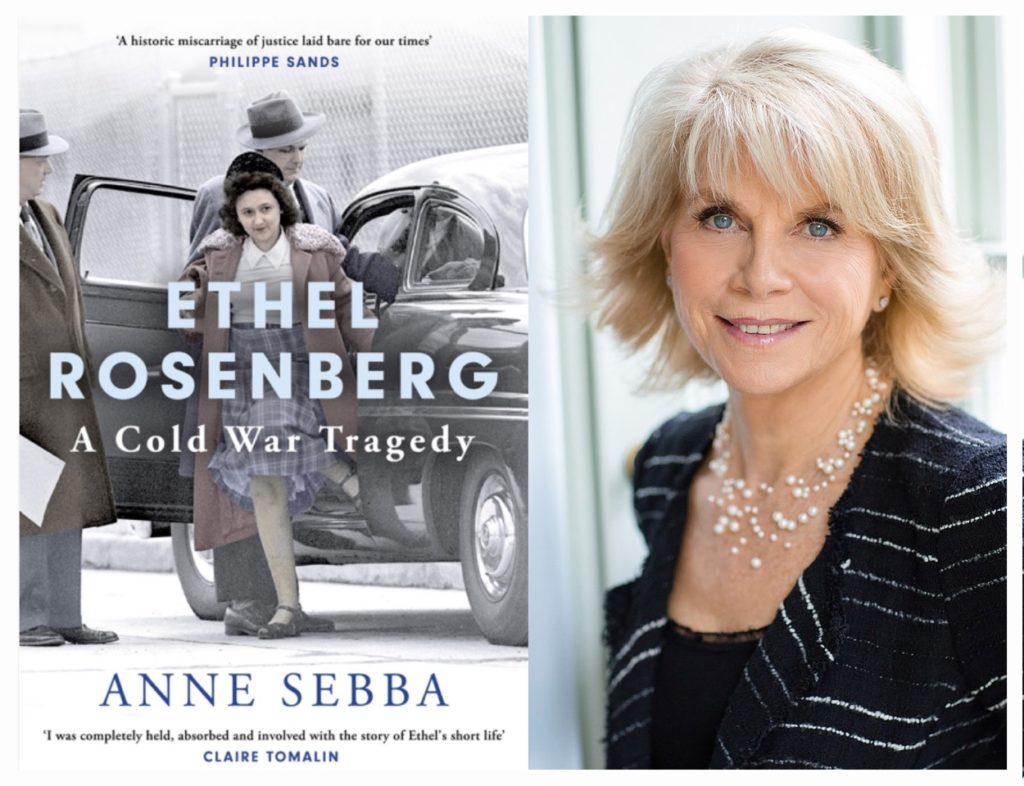