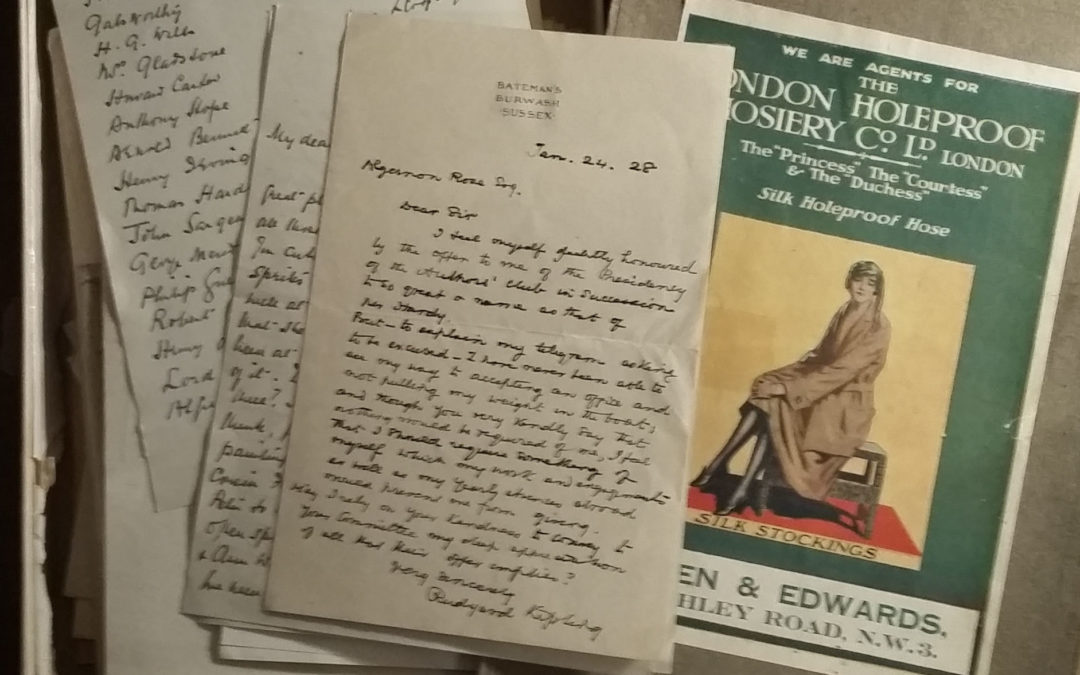 News of an exciting discovery. The Authors’ Club recently received an email from a member of the public informing us that she had come into possession of a collection of letters sent to Algernon Rose, the long-serving and much-loved Honorary Secretary to the Authors’ Club between 1908 and his death in 1934. Rose’s wife was the aunt of our correspondent’s father-in-law. The signatories included Thomas Hardy, Rudyard Kipling, John Galsworthy and other notable writers of the period. Would we like to have them? 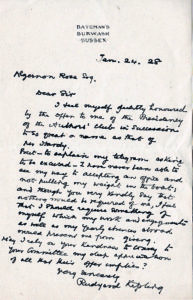 Naturally, we agreed. The letters arrived in an old cardboard box bearing the label of a Finchley Road agent for the London Hosiery Company Ltd., and there were far more of them than we had anticipated. Here was Kipling’s courteous refusal of the Club Presidency (in succession to Hardy) in 1928, and J.M. Barrie’s acceptance of it.

Here was Hardy’s signature at the foot of a 1920 letter thanking the Club for their birthday greeting, Arthur Conan Doyle discussing the billiards handicap, H.G. Wells writing that he can’t afford to join, and Arnold Bennett declining a speaking invitation on the grounds of ill-health. Those Authors’ Club stalwarts Anthony Hope, Rider Haggard and Compton Mackenzie are also among the signatories. 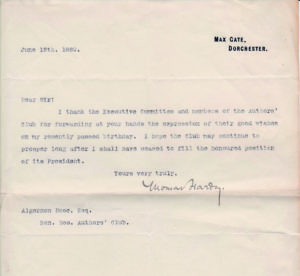 Letter from Thomas Hardy thanking the Club for birthday wishes, 1920

These are, of course, a priceless part of our history, not to mention literary history in general. When I was writing the Authors’ Club history,* I was surprised that we didn’t have more correspondence from this period. Now I know that it was because Rose kept them at home. Once they have been carefully catalogued, they will be placed in safe archival storage and made available to future researchers.