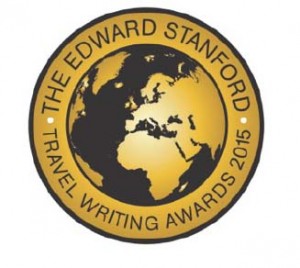 We are delighted to announce that Stanfords, the world’s largest travel bookshop, will relaunch the Dolman Travel Book Award and double the prize to £5,000. The renamed Stanford Dolman Travel Book of the Year, in association with the Authors’ Club, will become the centrepiece of the newly created Edward Stanford Travel Writing Awards, which will also feature the Edward Stanford Award for Outstanding Contribution to Travel Writing.

Tony Maher, Managing Director of Edward Stanford Ltd, said, “Since 1853, Stanfords has encouraged its customers to explore new lands and cultures – both in person and through inspirational travel writing like that of previous Dolman Award winners Sylvain Tesson, Robert Macfarlane and Kathleen Jamie. We are therefore delighted to join with Bill Dolman and the Authors’ Club in bringing the world’s best travel writing to a wider audience.”

The shortlist for this year’s prize will be announced at a party at Stanfords Long Acre shop on 25 June, and the overall winner on 28 September at a reception at the National Liberal Club.

Barnaby Rogerson, the chair of judges, has written half a dozen guidebooks and an equal number of histories about North Africa and early Islam. He also works at Eland, which keeps in print over a hundred travel classics.

Jeremy Seal is a writer and journalist with a particular interest in Turkey. He is the author of A Fez of the Heart and Meander.

Oliver Bullough is a Welsh author and journalist, who has written two books about Russia, fusing travel and history. The second, The Last Man in Russia, was shortlisted for the Dolman Prize in 2014.

Jason Goodwin is the author of books of travel and history, including The Gunpowder Gardens: Travels through India and China in Search of Tea; On Foot to the Golden Horn: A Walk to Istanbul; and Lords of the Horizons: A History of the Ottoman Empire.

Katie Hickman is the author of Daughters of Britannia, The Aviary Gate, Dreams of the Peaceful Dragon, A Journey into Bhutan, and A Trip to the Light Fantastic. Her books have been translated into 20 languages.

Robert Macfarlane is the author of Mountains of the Mind, The Wild Places and The Old Ways. He was joint winner of the Dolman Award in 2012. He is a Fellow of Emmanuel College, Cambridge.

Sara Wheeler is the author of many books including the international bestseller Terra Incognita: Travels in the Antarctic. She is a Fellow of the Royal Society of Literature, a Trustee of

the London Library and a Contributing Editor of the Literary Review.