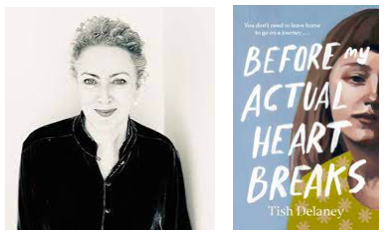 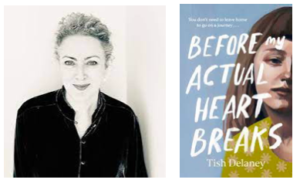 The Authors’ Club is pleased to announce that the winner of the 2022 Best First Novel Award is Tish Delaney’s Before my Actual Heart Breaks (Hutchinson Heinemann).

The guest adjudicator, novelist Alex Wheatle, presented the £2,500 award at a reception at the National Liberal Club in London on 25 May. He said:

“The reader has to endure an emotional rollercoaster with Mary Rattigan as we follow her life as a young girl, woman and mother. I think I wept at least three times as Mary made her choices and described her life. It’s an extraordinary debut.”

Wheatle faced the daunting task of selecting a winner from a terrific shortlist that also included:

YVONNE BAILEY-SMITH, The Day I Fell off My Island (Myriad Editions)

The prize is for the debut novel of a British, Irish or UK-based author, first published in the UK. There is no age limit. The winning novel is selected by a guest adjudicator from a shortlist drawn up by a panel of Authors’ Club members, chaired by Lucy Popescu, who said:

“This is a stunning evocation of a woman emotionally stunted by an abusive childhood and her affecting rites of passage.”

The Authors’ Club was established by Walter Besant in 1891 and the Club has provided a social meeting place for writers for over 125 years.

For further info on the award contact chair of the judges: lucyjpop@gmail.com